5 Line Mystery Gold online provides tried and tested fruit slot fun on three reels with five lines like you already know from 5 Line Mystery – including Bonus wins, a Mystery Win feature and Free Games. The Free Games are particularly lucrative because your wins are tripled here. Well-known fruit symbols such as the Plum and the Lemon are joined by the Joker, the Gold symbol and the Star. The Joker pays the highest winnings, the Red 7 the second highest and the Watermelon the third highest.

Your task in 5 Line Mystery Gold is to place three identical symbols next to each other and from left to right on one of five win lines. The Joker is a fun guy who makes winning easier for you because he can substitute all symbols in winning combinations – with the exception of the Gold symbol. Three Joker landing on a line treat you to a Bonus win the amount of which changes with every spin.

Should three Star symbols land side by side on a win line in 5 Line Mystery Gold online the Mystery Win feature is triggered. Six scratch cards are displayed on the screen, each hides a win. Afterwards, the scratch cards are shuffled and you can click on them one by one and bag wins. The feature ends when you have uncovered all six scratch cards or you have revealed an X.

In this Bonus game a flashing, concealed card appears on the screen alongside two buttons, a read one and a black one. The question is: which colour is the concealed card? If you guessed correctly, your win is doubled. If not your win is forfeited.

Three times gold on the reels announces a thrilling Bonus game because three Gold symbols boost your Free Game counter to twelve. During the Free Games, a multiplier is active which means you can bag tripled wins; moreover, the feature and Bonus wins are also increased. On top of that, you have the chance to trigger even more Free Games during the free spins.

Scratch cards, Bonus wins and Free Games: we did not skimp on golden chances of winning in 5 Line Mystery Gold online. If luck is on your side you can amass Stars in this top class game! 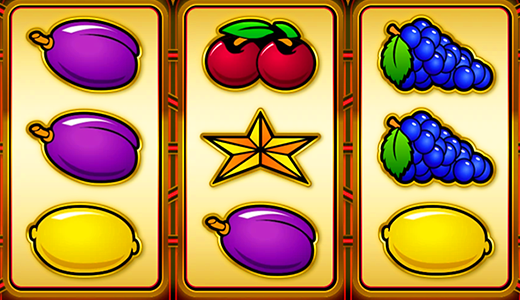