With Double Dice™ fortune may visit you twice, because you can rake it in big time by lining up eleven lucky symbols and via the Dice feature! Double Dice™ is a classic slot with three reels where you can top up your account with juicy symbol combos. Three symbols along one of five win lines grant you huge winnings. There's also another chance to win thanks to the Hold feature, which is triggered if two Stars or two Stopwatches land along a win line during a spin, or two Dice land on different reels. It's time to spin the fruits!

The aim with Double Dice™ is to land three matching symbols on as many win lines as possible. All win lines run from left to right.

Dice count towards a win, regardless of where the win lines run; three Dice earn the Dice-Feature.

Hold Feature: The Hold feature grants you a second chance to complete your symbol combos. It is triggered if during a spin...

If one of the above-mentioned combos appear, then all reels showing this symbol are held. Afterwards, the reel that doesn't show the symbol yet spins again free of charge.

Dice Feature: The luck of the dice takes center stage now! Land three Dice symbols anywhere on the reels to trigger the Dice feature. Simply click “Stop” to roll the dice. You win one to six win spins according to the number of points rolled. Win spins award you with a guaranteed win and are played with stakes and number of lines of the triggering game. If you're lucky you can win additional win spins during the current Dice feature. The Dice feature is triggered twice if four Dice symbols land. 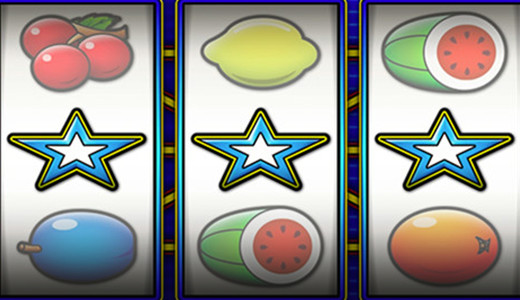