This fruity top slot has plenty of surprises in store for you!

Sevens Staxx is a slot machine with classic symbols, 5 reels and the so-called all-pay feature. This means: There are no fixed win lines in this slot but 1024 paths in total that could lead to a win. Moreover, Sevens Staxx online boasts 2 additional features that add more spice to the game: the Sevens Staxx Feature and the Bonus Wheel Feature.

We have summed up details and info worth knowing about Sevens Staxx below.

How to Win in Sevens Staxx

To land a winning combination in Sevens Staxx you need 3 or more identical symbols side by side – starting on the first reel. Winnings can be achieve irrespective of the symbol positions on the reels because there are no fixed win lines in this game.

The Sevens Staxx Feature: How It Is Triggered

Should you place 4 identical 7 symbols on one of the 3 middle reel positions in Sevens Staxx, then things are really hotting up because this will trigger the Sevens Staxx Feature.

When you meet one of these conditions, then 3 respins are triggered where the reel showing the 7 symbols expands and all 7 symbols scored so far merge into one symbol, while 5 empty positions are revealed. Then you have the chance to land more 7 symbols in 3 respins. Each new 7 resets the respin counter to 3. And if you get 5 more 7 symbols you bag one of the 3 jackpots!

The Sevens Staxx feature ends when all respins have been played or all reel positions are filled with 7 symbols.

The Wheel of Fortune in Sevens Staxx

Should 2 Bonus Wheel symbols appear on reels 1 and 5 during a spin in Sevens Staxx online the Wheel of Fortune is activated! This means you can win the following:

What is Sevens Staxx?

Sevens Staxx is a slot developed by Redline Games with 5 reels, an all-pay function and 2 extra features. In these features you have the chance to win additional prizes, for example 20 times your total bet or a mini, minor or grand jackpot.

Where can I play Sevens Staxx?

The slot machine is available on Casino of Gold and is played with a virtual currency: Stars. There you’ll also find a host of other popular slots like Book of Ra deluxe or Lucky Lady’s Charm deluxe.

Which symbol has the highest win value in Sevens Staxx?

The Diamond followed by the Bell. You’ll pocket winnings in Sevens Staxx when at least 3 matching symbols land side by side from left to right on the reels, starting on reel one. The extra features are activated by 4 or more 7 symbols landing on a reel (Sevens Staxx feature) or 2 Bonus Wheel symbols (Wheel of Fortune feature).

What is the volatility of Sevens Staxx?

Sevens Staxx has a middle to high volatility. That means: Winnings in this slot happen less often than in low volatility slots but are bigger on average and over a longer period compared to virtual slot machines with low volatility. 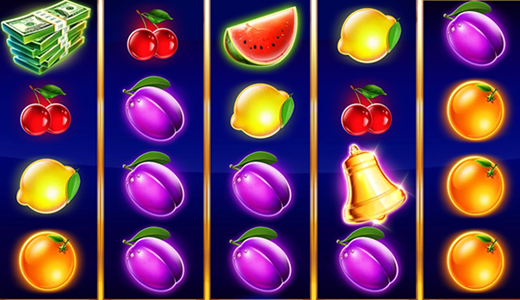