Have you got the guts to visit the house of the mad monsters in Woonsters™? If so this could be great for your player account - as long as luck is on your side. If you manage to tame the crazy Woonsters on three reels and up to eight win lines, juicy Stars rewards are waiting for you!

This exceptional slot entertains with an exciting mixture of Bonus games, symbols and with a little luck – monstrous winnings. The symbols with the highest win value are the triple blue, red and green 7.

If you line up three identical symbols along a line in the regular game you collect a win. It is crucial that the symbols in a winning combination lie side by side and are not interrupted by other symbols. The special game comes with slightly different rules which are explained below.

If you come away empty-handed after a spin in Woonsters™ online the Nudges feature might be triggered. In this Bonus game you receive a randomly selected number of no more than four nudges. That means, you may nudge the reels forward or backward by a position to create a winning combo. You can perform the nudges yourself or have the game do them by activating “auto nudging”.

Following an unsuccessful spin you can hold one or two reels while the remaining reels keep spinning. This way, you might just land the winning combo you’re after.

The special game is the crowning glory of this slot because your chances of winning are massively boosted with an armada of Bonus games. Your job in the special game: Lure three identical symbols onto five win lines. The triple blue 7 is the frontrunner in terms of winnings followed by the triple red 7 and the triple green 7.

In this feature six candles are burning bright on the screen. Each candle represents a particular win. Your task is to click on the candles with the play button or let the game choose candles automatically. If the candles light up one by one you have to hurry up to hit the candle with the highest win. From time to time one or two more candles are selected after you have clicked on one which brings even more wins.

This Bonus game is all about brains which the monster Cerebrino has collected for you. Together with the monster and its hand you grab hold of the varicoloured brains which are located on a conveyor belt. The colours represent different win values. Should a brain show a question mark it contains a mystery win.

Get ready for a trip to the monster kitchen in Perola where tasty winnings are prepared for you. Once the feature is underway the cauldrons at the bottom of the screen start to boil until bubbles emerge. How many cauldrons will be simmering depends on the size of your stake (no more than four). The different colours of the bubbles represent various winnings. There are always six bubbles visible at any one time but you can only click on the top three. This way, you might just land a very valuable winning combination. The game might randomly place more cauldrons in the monster kitchen to increase your chances of winning.

Tovendao is about sarcophagi and what’s inside them. As soon as you click on a sarcophagus a mummy appears holding a scroll that shows a win. If the mummy also carries a key in its bony fingers you may click on another sarcophagus.

Spiry is a friendly ghost: He wants to give you Stars. When Spiry’s hour is here this is displayed by a relevant symbol in the top left of the screen. As soon as this symbol lights up Spiry adds three vertical win lines to the game’s five horizontal lines. Moreover, you might earn up to nine Free Games in this Bonus game.

If you land a winning combination, the Up & Down feature could be triggered. The win you’ve just scored might be multiplied or you obtain a key. You can use this key to enter the special game where a whole range of further Bonus games is waiting for you.

Fancy doubling your win? Then the Bonus game Double & Keys is just the ticket for you because you have the chance to double your most recent win. Or bag a Bonus instead that propels you into the special game.

If you have nerves of steel you will feel quite at home in the monster villa of Woonsters™ online. Although the monsters are up to no good there are plenty of chances of winning thanks to countless Bonus games. Spiry, Cerebrino and all the other ghosts are not stingy if you keep the reels spinning and your luck is in! 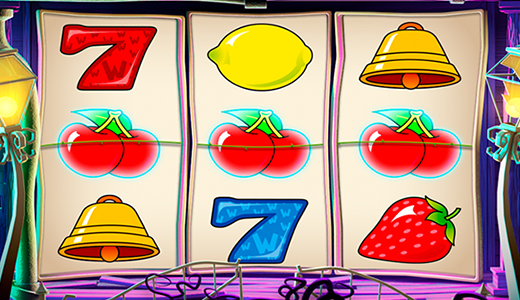